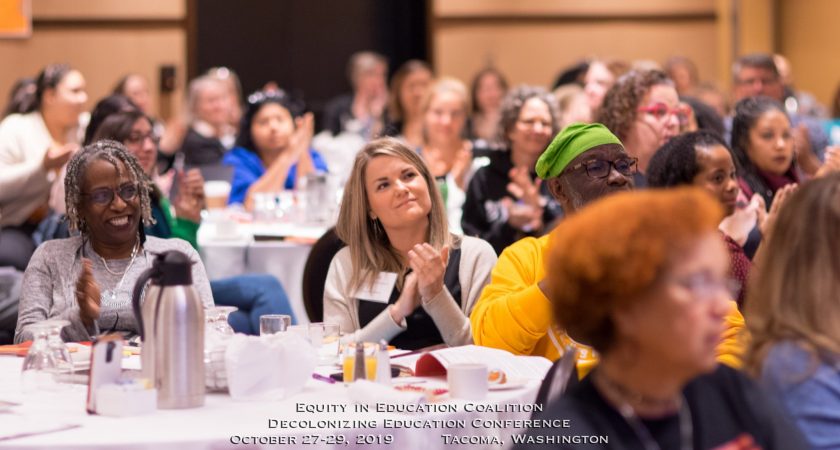 Justice Mary Yu was appointed to the Washington Supreme Court on May 16, 2014, and subsequently elected in 2014 and 2016. Justice Yu joined the Supreme Court after more than 14 years as an accomplished trial court judge in King County Superior Court where she presided over a wide variety of criminal, civil, and juvenile cases, and presided over hundreds of adoptions and other family law matters. Prior to becoming a judge, Justice Yu served as Deputy Chief of Staff to King County Prosecutor Norm Maleng and as a deputy in the Criminal and Civil Divisions. Before attending law school, Justice Yu worked in the Peace and Justice Office for the Archdiocese of Chicago first as staff and later as Director of that office following her appointment to the position by Cardinal Joseph Bernardin.

Justice Yu has an extensive record of service both on and off the bench, mentoring young attorneys, law clerks, and students; co-chairing the Court’s Minority and Justice Commission; chairing the Board for Judicial Administration’s Public Trust and Confidence Committee; teaching at Seattle University School of Law and serving as Jurist in Residence; and co-chairing the Washington State Bar Association/University of Washington Law School Leadership Institute. Justice Yu has served on the board of FareStart from 2009 – 2018, and the advisory board for the University of Washington School of Law’s Gates Public Service Program from 2014 – 2018. She is personally devoted to the Seattle Girls’ School Mock Trials, serving as their judge for the last 15 years. Justice Yu is a member of the American Law Institute.

​Justice Yu was raised in Bridgeport, a South Side neighborhood in Chicago, by immigrant parents; her mother came from Mexico and her father from China. She is the first in her family to graduate from college. She received her B.A. from Dominican University, her M.A. in Religious Studies from Mundelein College of Loyola University in Chicago, and her J.D. from the University of Notre Dame Law School. Justice Yu is the first Asian, the first Latina, and the first member of the LGBTQ community to serve on the Washington State Supreme Court.

Jeff Duncan-Andrade, Ph.D., is an Associate Professor of Raza Studies and Race and Resistance Studies at San Francisco State University. He is also a founder of the Roses in Concrete Community School, a community responsive lab school in East Oakland (www.rosesinconcrete.org) and the Community Responsive Education Group (www.communityresponsive.org). As a classroom teacher and school leader in East Oakland for the past 30 years, his pedagogy has been widely studied and acclaimed for producing uncommon levels of social and academic success for students. Duncan-Andrade lectures around the world and has authored numerous journal articles and book chapters on effective practices in schools. He has written two books and he is currently completing his third book with Harvard Press. In 2015, Duncan-Andrade was tapped to be a Commissioner on the National Commission on Teaching & America’s Future (NCTAF) and in 2016 was part of the great educators invited to the White House on National Teacher Appreciation Day by President Obama. He is also the 2019 Laureate for the prestigious Brock International Prize in Education. Duncan-Andrade has also been ranked as one of the nation’s most influential scholars by EdWeek’s Public Influence Rankings.

Duncan-Andrade’s transformational work on the elements of effective teaching in schools is recognized throughout the U.S. and as far abroad as New Zealand.  His research interests and publications span the areas of curriculum change, teacher development and retention, critical pedagogy, and cultural and Ethnic Studies. He works closely with teachers, school site leaders, union leaders, and school district officials to help them develop classroom practices and school cultures that foster self-confidence, esteem, and academic success among all students.  Duncan-Andrade holds a Ph.D. in Social and Cultural Studies in Education and a Bachelor of Arts degree in Literature, both from the University of California – Berkeley.

Justice Raquel Montoya-Lewis was appointed to the Washington State Supreme Court by Governor Jay Inslee in December 2019 and took the oath of office on January 6, 2020.  Justice Montoya-Lewis is an enrolled member of the Pueblo of Isleta and a descendant of the Pueblo of Laguna, two federally recognized tribes in New Mexico. She is the first enrolled member of any tribe to sit on a state supreme court in the U.S. and the second Native American to sit on a state supreme court.  She is also of Jewish descent. Prior to becoming an Associate Justice, she served as a Superior Court judge for Whatcom County for five years, where she heard criminal and civil trials and presided over the Whatcom County Therapeutic Drug Court. In the 15 years prior to her work on the Superior Court, she served as a tribal court judge for multiple tribes in the Pacific Northwest and the Southwest.

She served as Chief Judge for the Upper Skagit Indian Tribe, the Nooksack Indian Tribe, and the Lummi Nation. In addition to her work as a tribal court judge, she was a tenured Associate Professor at Western Washington University’s Fairhaven College where she taught law-related courses and courses on cultural identity development. She has continued to use her teaching skills as a jurist, teaching a wide variety of audiences including judges, social workers, lawyers, and advocates on implicit bias, the Indian Child Welfare Act, and best practices in child welfare and domestic violence cases.  Justice Montoya-Lewis graduated with her BA degree from the University of New Mexico in 1992 and completed her law degree and Master of Social Work degree at the University of Washington in 1995 and 1996 respectively.

Dr. César A. Cruz- From marching 76-straight miles to hunger striking for 26 days, César has dedicated his life to fighting for justice. He was born in Guadalajara, Jalisco, México and migrated to the U.S. at a young age with a single mother and grandmother. He grew up in South Central L.A. and moved to the Bay Area to study. César graduated from UC Berkeley with a B.A. in History. He has been an educator for 23 years, in positions of leadership for the last 17 years, most recently serving as the Dean of Secondary Schools Program at Harvard University. He co-founded the independent school, Making Changes, out of his home, and has sought to create autonomous education spaces. For the last four years, he has overseen the Homies Empowerment Program serving gang impacted/involved youth in Oakland, CA. He is the author of two books, Revenge of the Illegal Alien, and Bang for Freedom. He received his doctorate in Educational Leadership at the Harvard Graduate School of Education, becoming the first Mexican immigrant male to do so. The recipient of the Jefferson Award for Public Service, César currently serves as a Bridge Fellow for the national organization TNTP (The New Teacher Project), and is on the advisory board of the education policy organization Broader Bolder Approach to Education (BBA). Amidst all, he is proudest to be a husband, and father of three children: Olin, Amaru and Quetzali. He can be reached at Cesar_Cruz@mail.harvard.edu